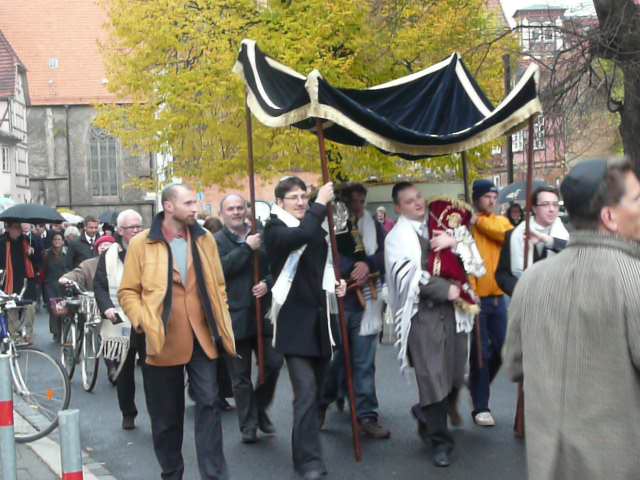 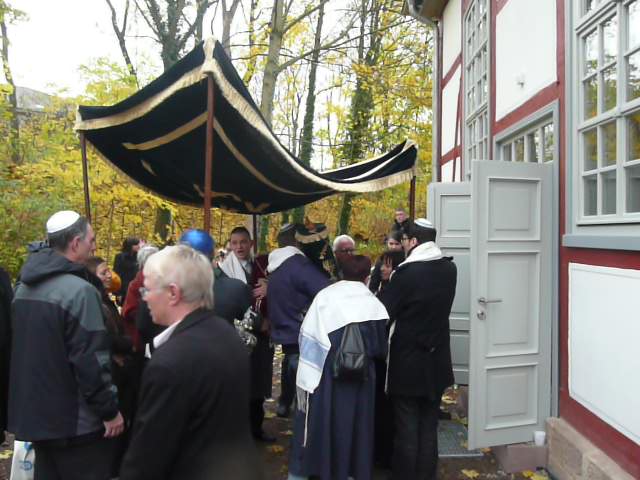 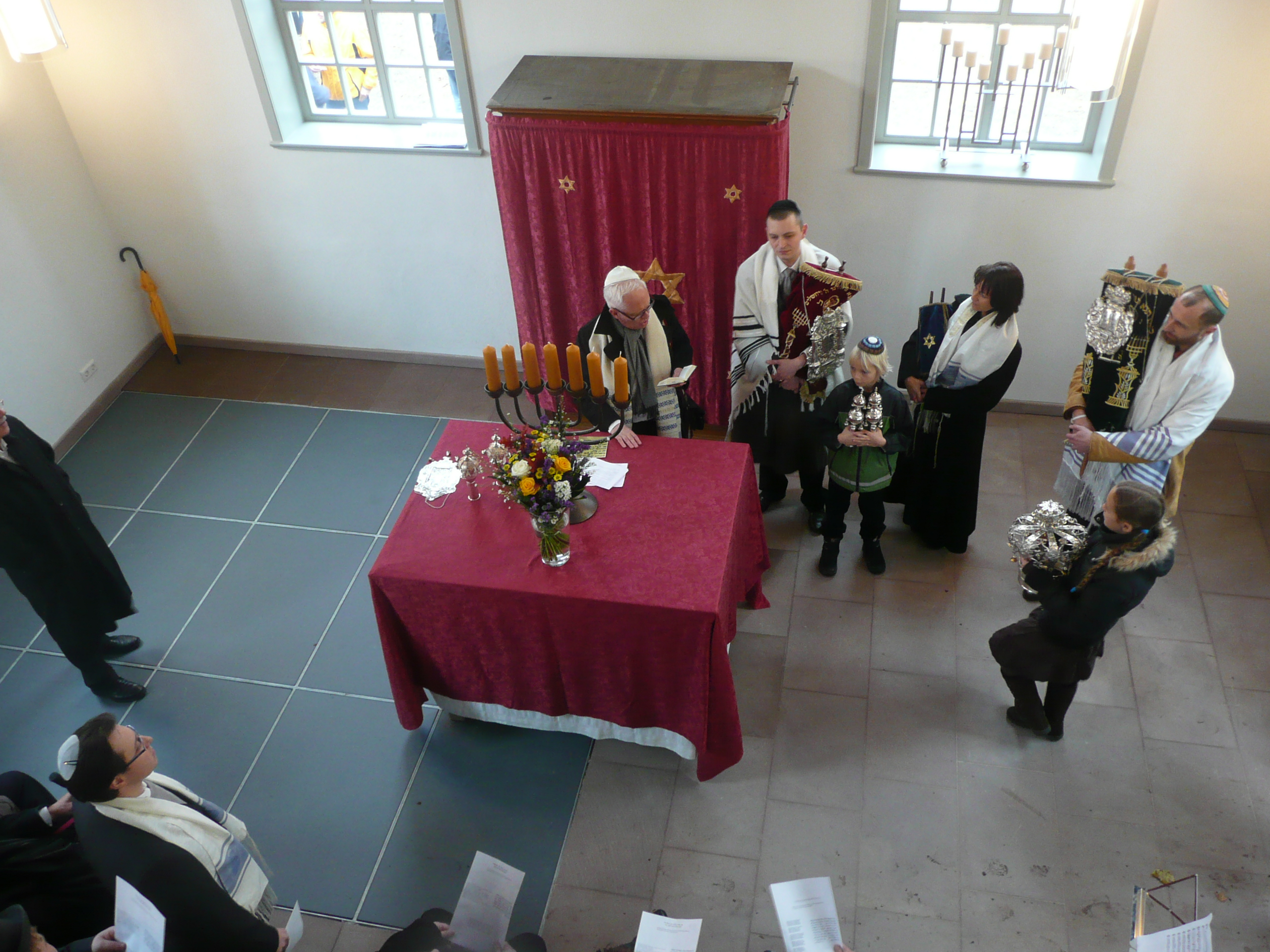 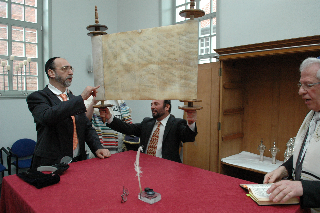 History of the Torah scrolls in the Jewish Community of Göttingen

We have two antique Torah scrolls that are used for religious services in our synagogue. Each one has a facinating story. The larger one was most likely  written in the 1600s. It was given in the 1970s to a library in Eastern Germany by an unknown donor. An expert there placed the origin of the scroll in  Poland or Russia. After the reunification, in 1998, it  was presented to the Jewish Community in  Göttingen by the University of Erfurt.

The smaller scroll is shrouded in even more  mystery. It is not known for certain where it was written, but most probably in Germany. It was dated to sometime in the 1800s. It seems to have  been exhumed in Frankfurt or Berlin.

Both scrolls needed to be re-coshered. Both needed  repairs. Some of the writing needed to be  redone, and for this a Sofer had to be found. It was  our good fortune to win Rabbi Steve Karro in  Miami, Florida to do the repairs on the material and  the writing. The scolls had to be brought to  Miami for the work. Prof. Georg Iggers of Buffalo, NY, a long-time external member of the Göttingen Community took care of that. The  costs for doing the repair work were generously  covered by Leonard Wien.

On April 9, 2010, the scrolls arrived in Göttingen in  the company of Rabbi Karro, Barbara and Leonard Wien and Rabbi David Schlesinger from Jerusalem.  They were carried to the synagogue under a chuppa (s. picture). After Steve Karro wrote the last  remaining letters into the scrolls, there were speeches and members of the community danced  around the Bima with the scrolls and placed them  into the Aron Hakodesh.